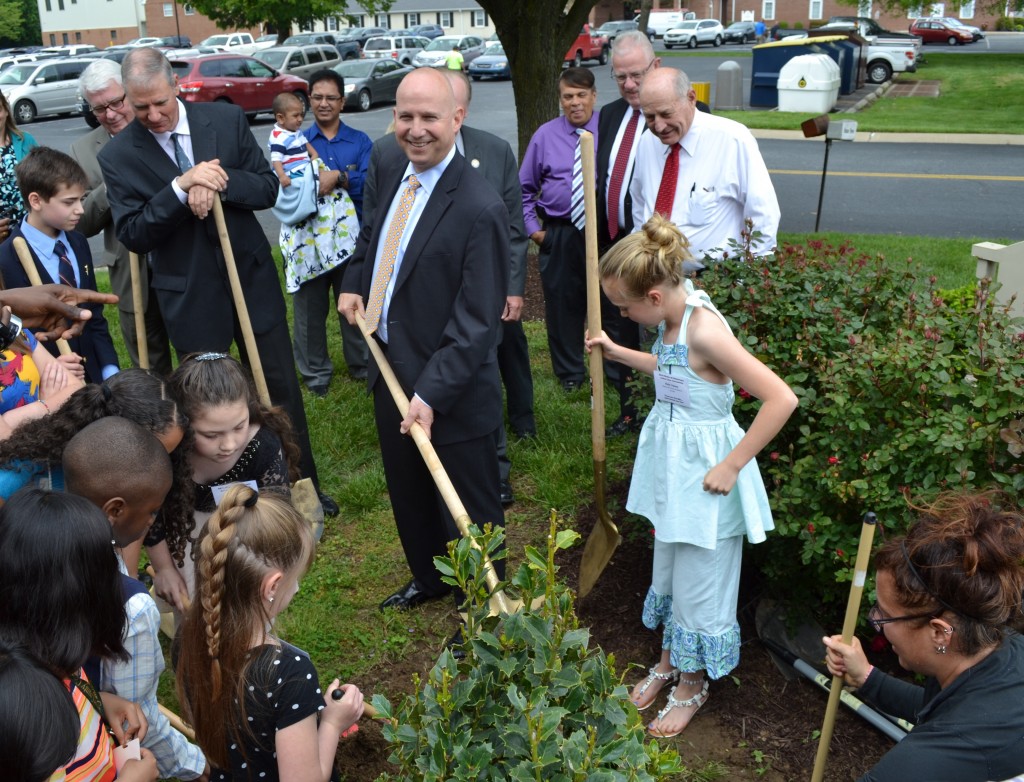 Governor Markell helped plant a new American holly tree outside the Department of Agriculture’s headquarters as part of Arbor Day observances in Dover.

Governor Markell joined state officials and members of the General Assembly to honor the winners of the Delaware Forest Service’s annual Arbor Day Poster Contest, recognize the City of Dover as the First State’s longest-running Tree City USA, and honor Delmarva Power as a Tree Line USA utility and for its volunteer work in underwriting the cost of Arbor  Day observances throughout the state. The Forest Service also thanked the Governor for his continued support during his administration in the areas of forest conservation, open space preservation, urban and community forestry, and its wildland fire program. 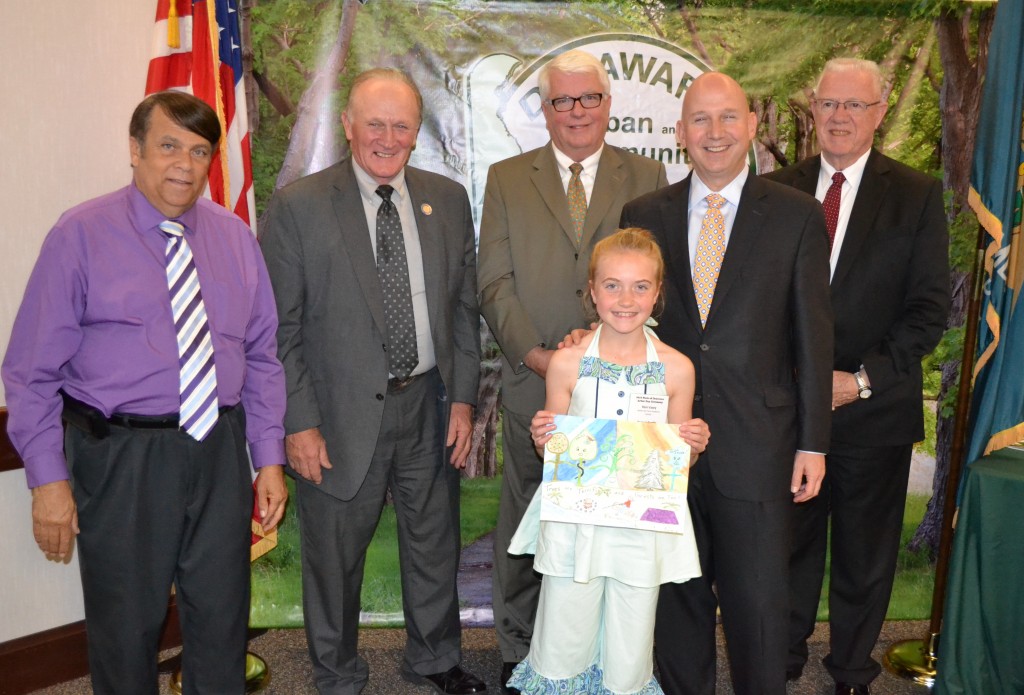 Rain Vasey, a fifth-grade student from Water Girl Farm Academy in Lincoln, displays her poster that was honored as the winner of the annual Delaware Forest Service’s School Poster Contest.

Rain Vasey, a fifth-grade student from Water Girl Farm Academy in Lincoln, was honored as the winner of the annual Delaware Forest Service School Poster Contest. She also won the award last year as a fourth-grader.

The gallery of winning posters can be seen at https://delawaretrees.com/2016arbordaypostercontest

High-resolution images of the ceremony and captions of the photographs are available at https://delawaretrees.com/2016arbordayceremony 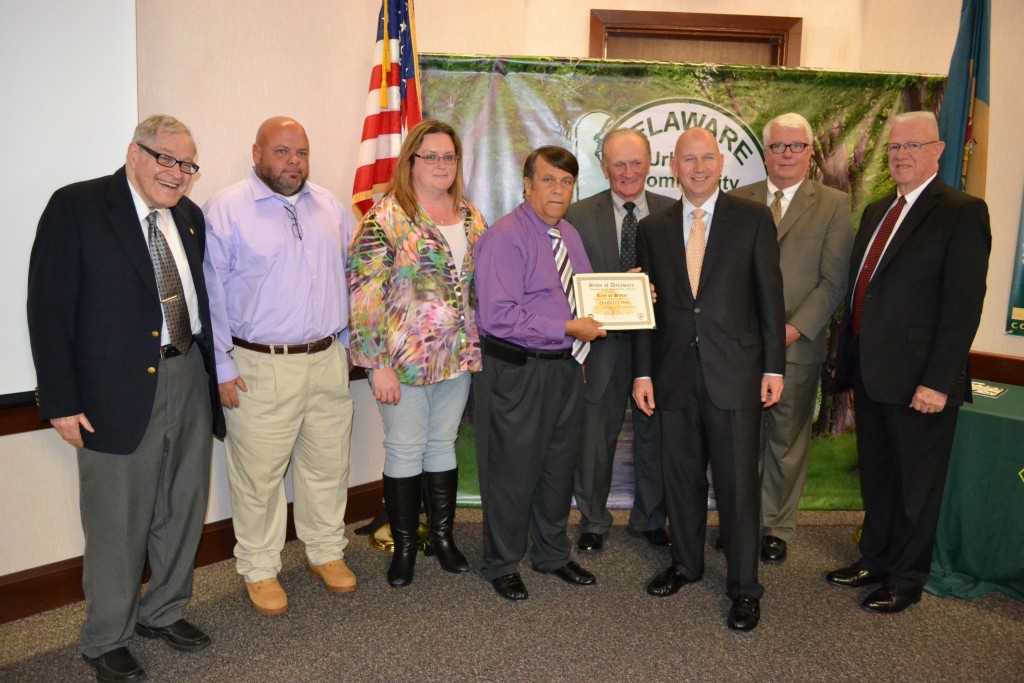 Other high-resolution photographs can be downloaded at the Department of Agriculture Flickr Page: https://flic.kr/s/aHskzKxtL2 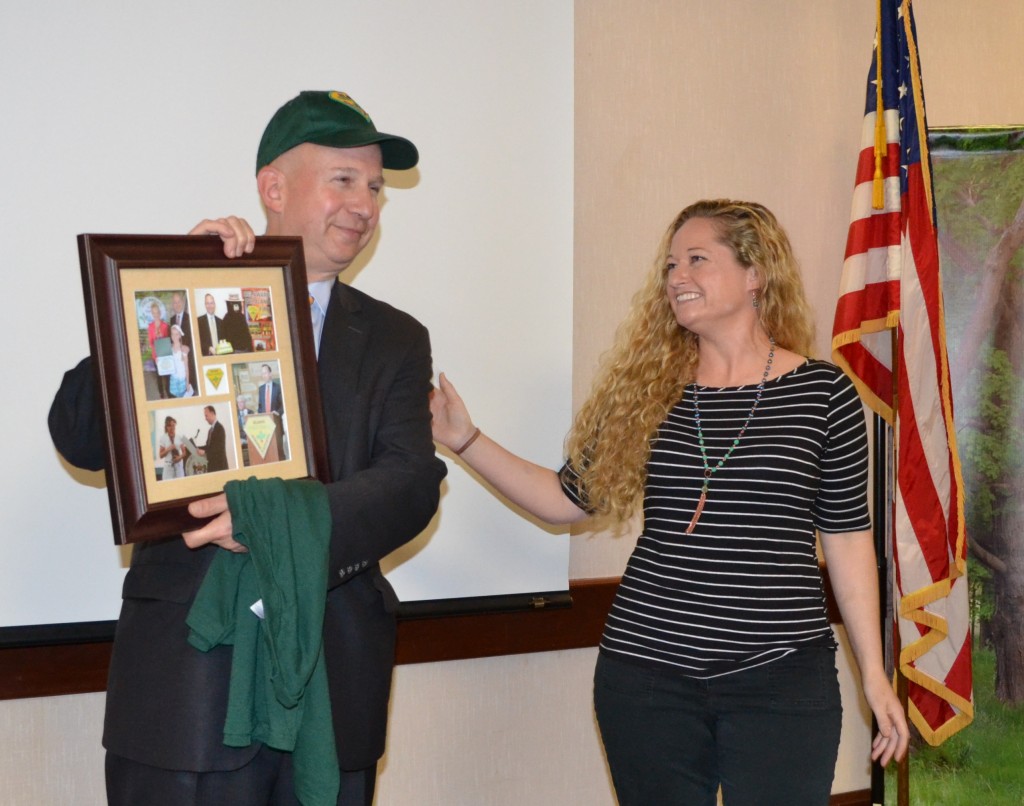 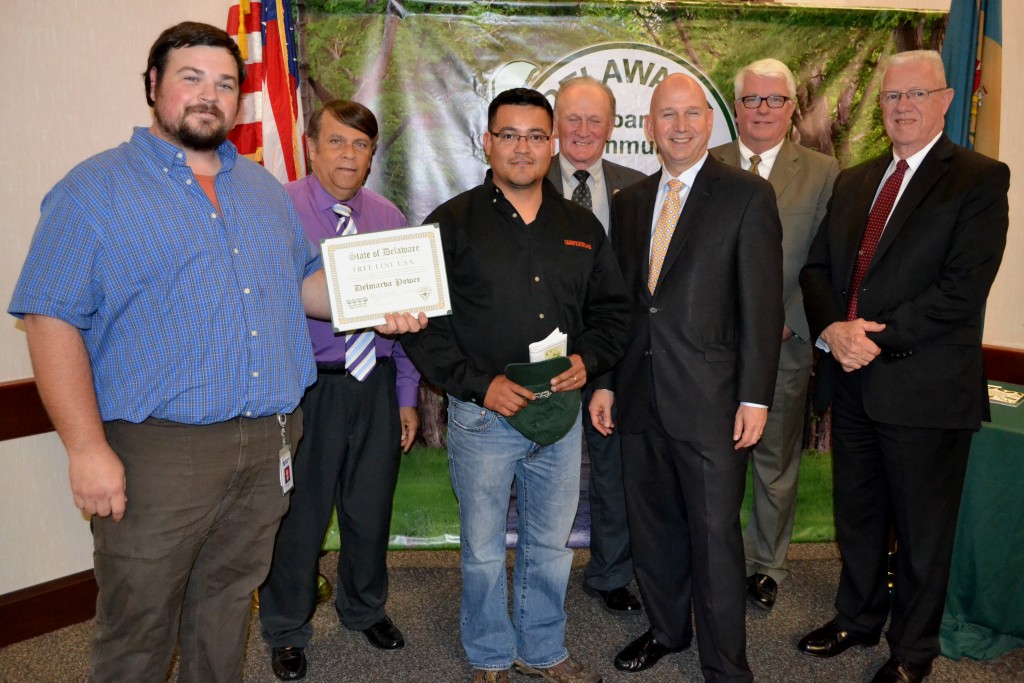