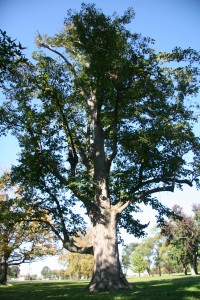 The linden is widely grown as an ornamental tree throughout its native Europe and is the national tree of the Czech Republic. It is also widely cultivated in North America as a substitute for the American basswood, which has a larger leaf and is coarser in texture. The family of Swedish botanist Carolus Linnaeus, called the “Father of Taxonomy” for popularizing “binomial nomenclature” as a way to classify living things (including trees), was named after a linden tree.

Littleleaf linden leaves are smaller than the American basswood but otherwise have similar shape and structure.