On May 1, 1939, Delaware Governor Richard McMullen signed a bill passed by the General Assembly designating the American holly as the First State’s official state tree, a recognition not only of the tree’s natural beauty, but also of its economic importance.

“On Saturdays between Thanksgiving and Christmas, we called the Pennsylvania Railroad the ‘Holly Express’ because they’d send a special train to make holly stops between Delmar and Wilmington.”  – William T. Jones

In the 1920s and 1930s, Milton, Bridgeville, Georgetown, Millsboro, and Selbyville were all booming holly towns, employing 8,500 people a year at one point. For farmers, holly was the last cash crop of the growing season, and a hard-working family could earn as much as $500 making wreaths in the weeks between Thanksgiving and Christmas. By 1930, Delaware was the leading maker of yuletide holly wreaths in the country. In 1938, Delmarva holly value had approached $1 million. However, during the 1940s, plastic wreaths came on the market and the holly industry perished, along with demand for the boxes and crates used in packaging. 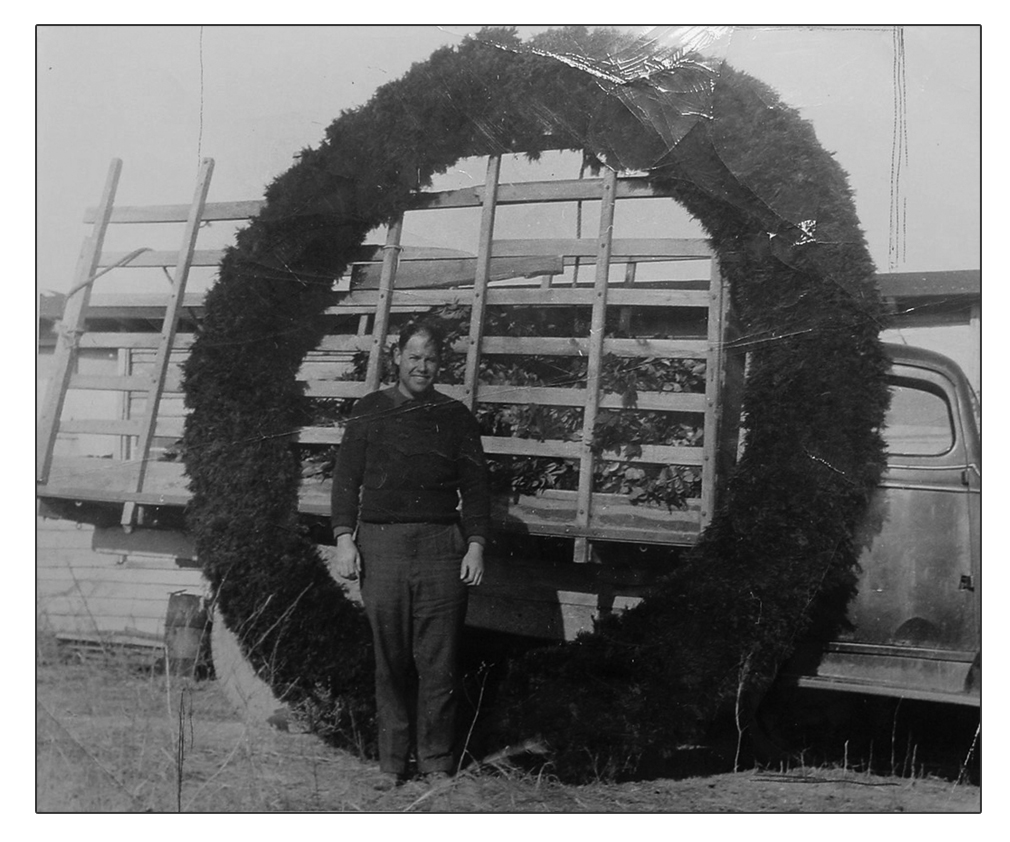 Charles G. Jones was known as the “Holly Wreath Man” from Milton, Delaware. After his death in 1944, his son William T. Jones took over the family business. In the above photograph, taken in 1951, W. T. Jones stands in front of an eleven-foot-wide wreath, which was described as the world’s largest at that time. It was placed near Radio City Music Hall in New York City.

The company’s slogan was:“Quality is Remembered When Price is Forgotten.” Jones’ company shipped wreaths in boxes tagged with colorful labels (below). 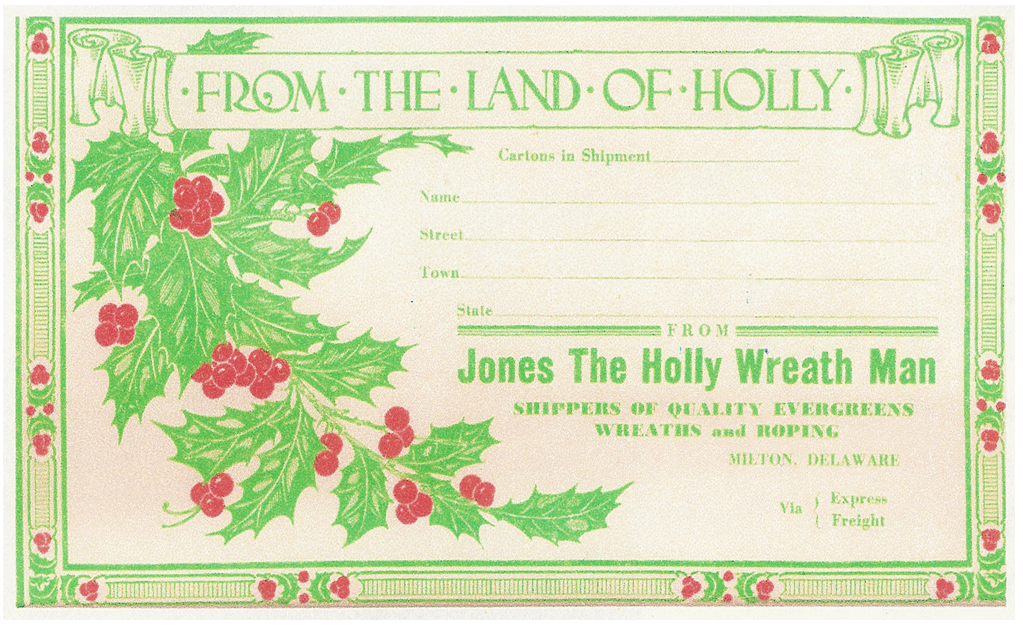 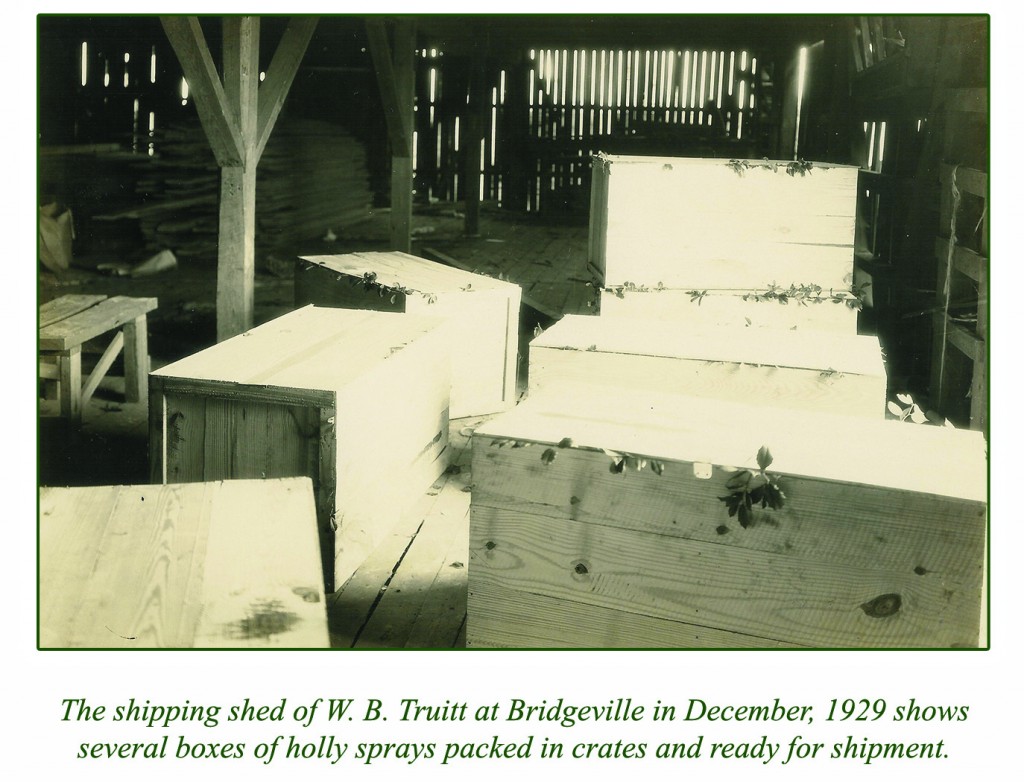