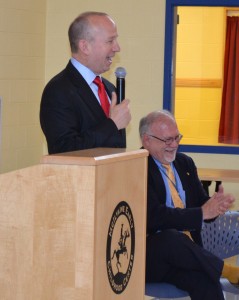 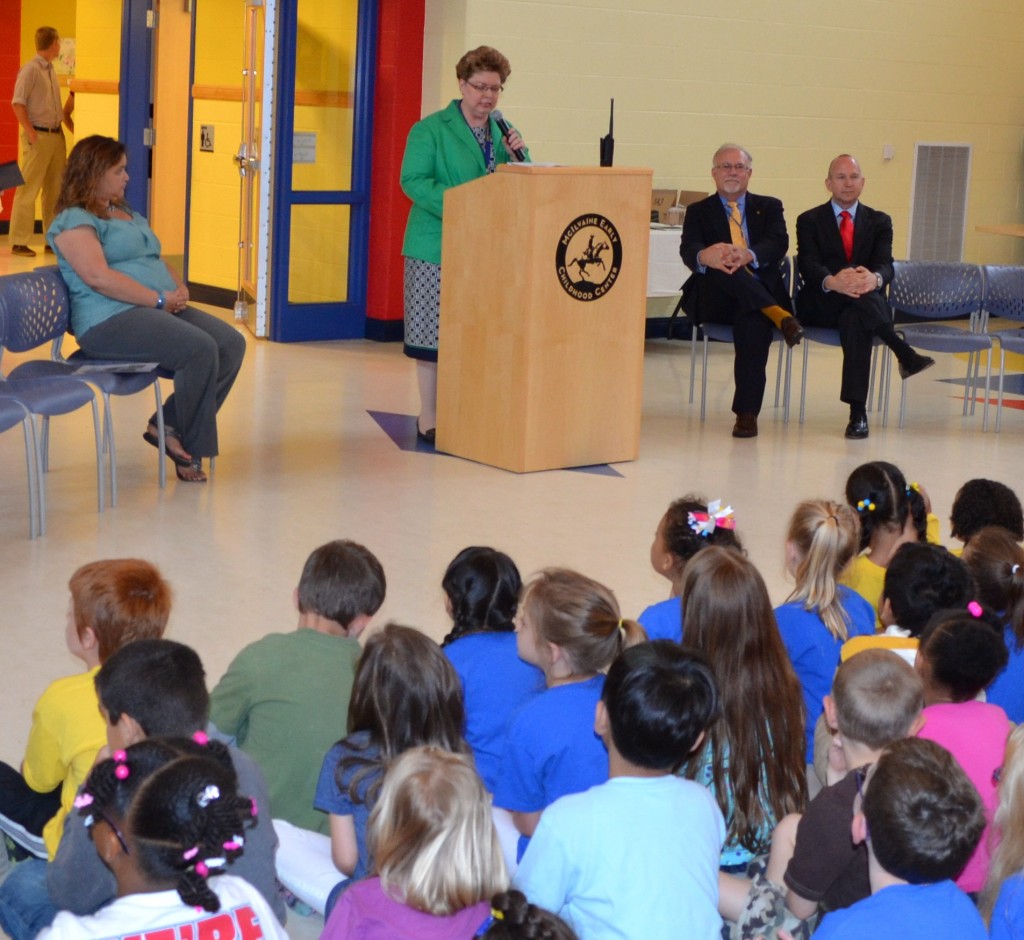 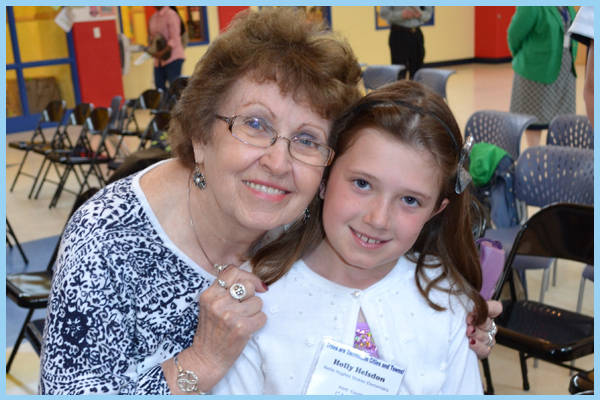 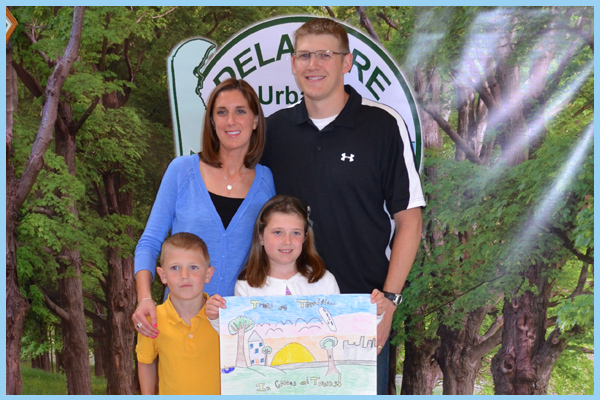 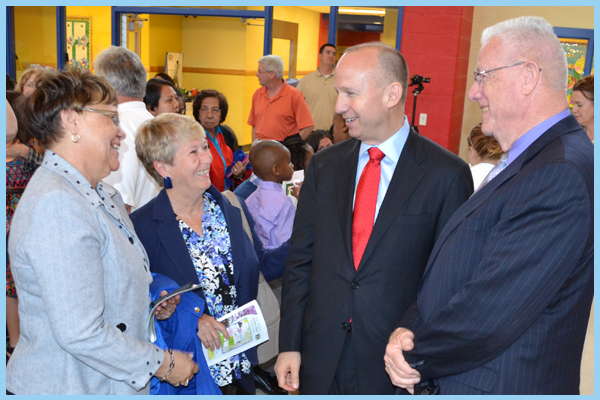 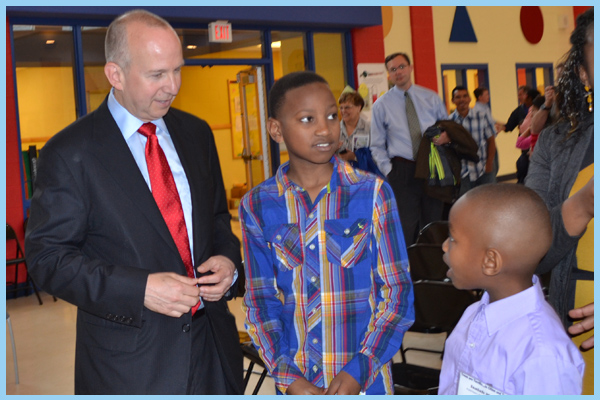 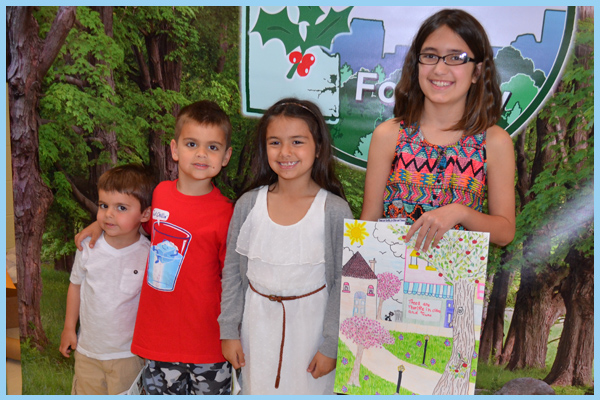 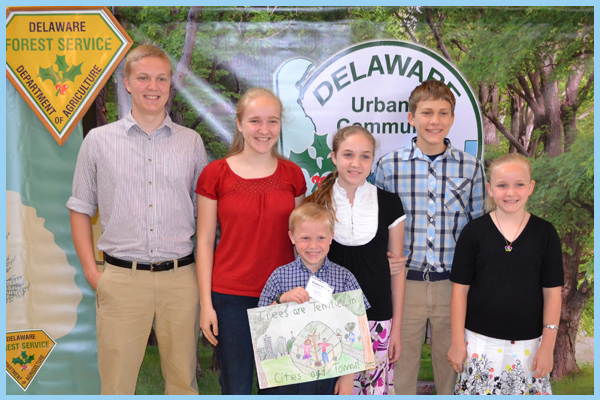 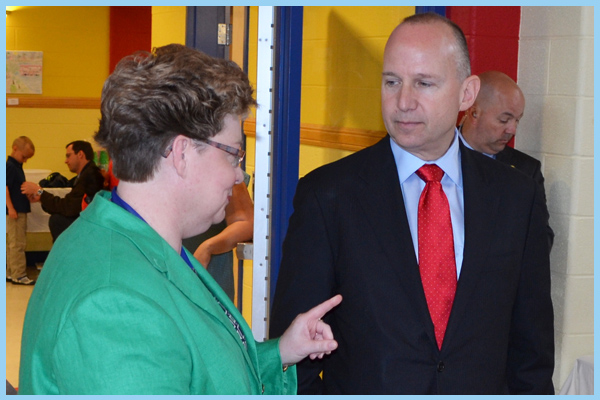 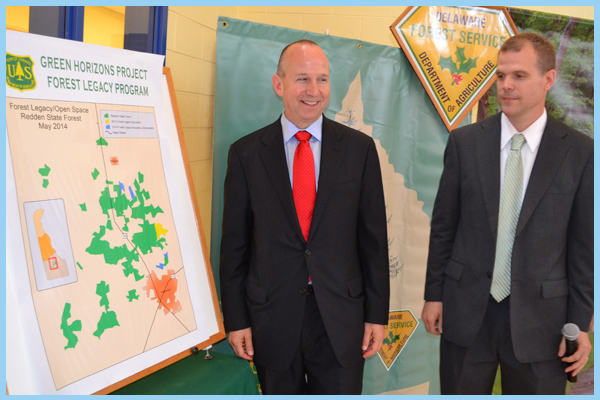 MAGNOLIA, Del. (May 14) – Governor Jack Markell celebrated Arbor Day by joining over 500 kindergarten students at McIlvaine Early Childhood Center for a ribbon-cutting to unveil the school’s new “Tree Walk & Talk Arboretum.” He also honored winners of the Delaware Forest Service’s annual Arbor School Poster Contest and joined in commemorating the 75th Anniversary of the adoption of the American holly as Delaware’s state tree in 1939.

Forestry officials also announced plans for the State of Delaware to purchase four parcels of Sussex County forestland in the next year at a cost of $1.35 million. The properties, which will become part of the 12,400-acre Redden State Forest in Georgetown, marks the final phase of the state’s ten-year “Green Horizons Project” that has permanently protected over 4,000 acres since 2004. 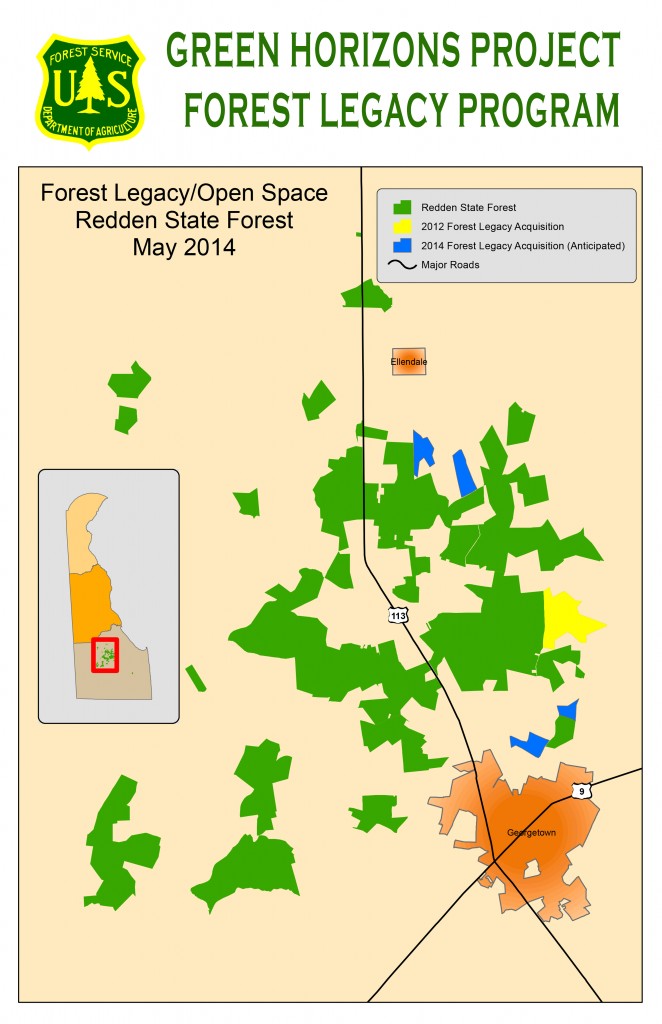 The State of Delaware plans to purchase 370 acres of forest at a cost of $1.35 million, with funding provided by the U.S. Forest Legacy Program, Delaware’s Open Space Program, and The Conservation Fund. 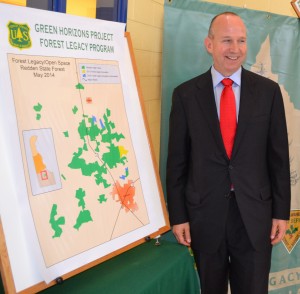 Governor Markell looks at a map showing where 370 acres of forest in Sussex County will be added to Redden State Forest.

MECC’s new “Tree Walk and Talk Arboretum” is the centerpiece of the school’s effort to incorporate “placed-based” environmental learning as part of Delaware’s “No Child Left Inside” initiative. Funded by a “GreenWorks!” grant from the American Forest Foundation’s Project Learning Tree Program, the project was completed with the help of the Delaware Forest Service, MECC staff and students, the Caesar Rodney High School FFA, and local businesses. 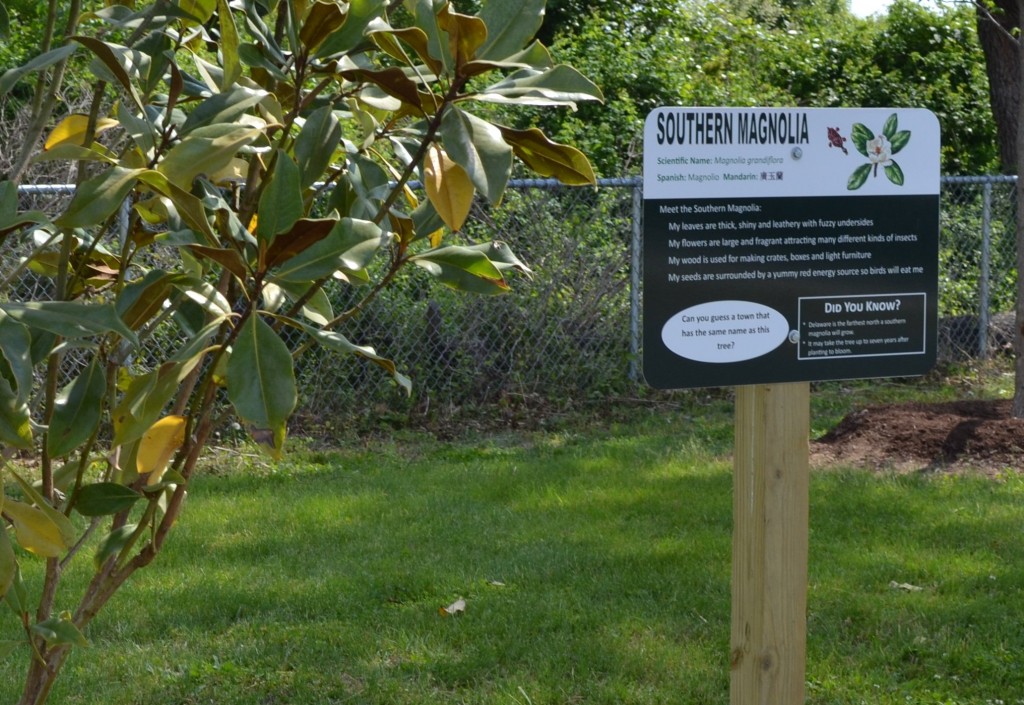 The Delaware Forest Service’s Arbor Day School Poster Contest is an annual competition open to students in grades K to 5 in all public, private, charter, and home schools. Winners are chosen from each county in four categories: kindergarten, grades 1-2, grades 3-4, and grade 5. This year’s state winner was Isabella Garber, a Grade 5 student at Christ the Teacher School in Newark. 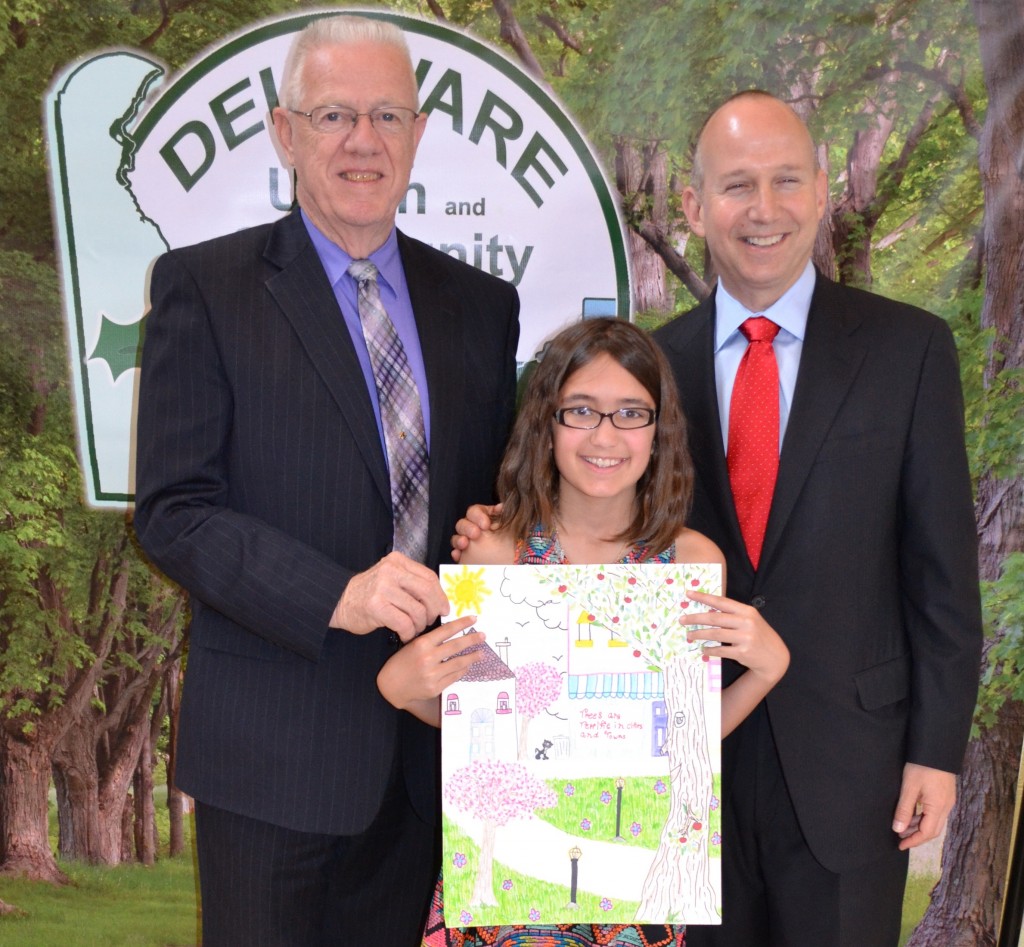 Forestry officials also noted that 2014 marks the 75th anniversary of the adoption of American holly (Ilex opaca) as Delaware’s official state tree in 1939. At the time, Delaware was known throughout the United States as the “Land of Holly” because it was a leading exporter of holly holiday wreaths.

The “Green Horizons Project” is a multi-year effort to save working forests from future development. A successful partnership between the State of Delaware, the U.S. Forest Service’s Forest Legacy Program, and nonprofit organizations including The Conservation Fund, the successful ten-year effort will culminate this year with the planned acquisition of 370 acres of Sussex County forestland at a total cost of $1.35 million. To date, Green Horizons has permanently protected over 4,000 acres of forests – which provide the public with cleaner water, opportunities for recreation and hunting, and places for wildlife habitat and observation.